Once you find a great music track, you can save it so you can reuse it again and again in as many videos as you like! Simply click the star icon next to the track name and it will appear in your starred tracks. 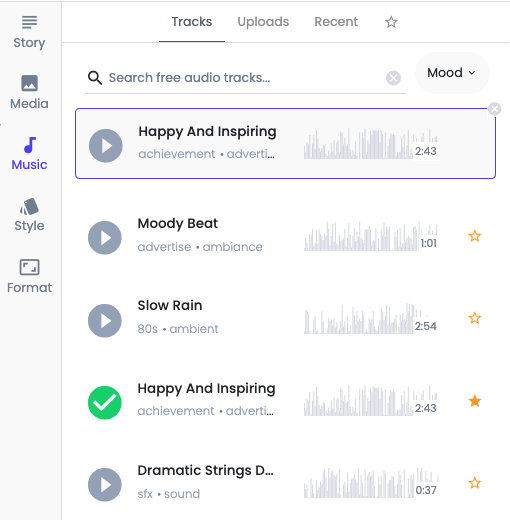 You can star music from the Lumen5 music library as you search, or go back and favorite media you've used in another video by checking out the Recent tab.If you're on a team account, you can filter starred media between your own saved tracks, or take a look at what your teammates have starred. Your teammates can only un-star their own tracks so you won't have to worry about someone accidentally un-favoriting one of your own. 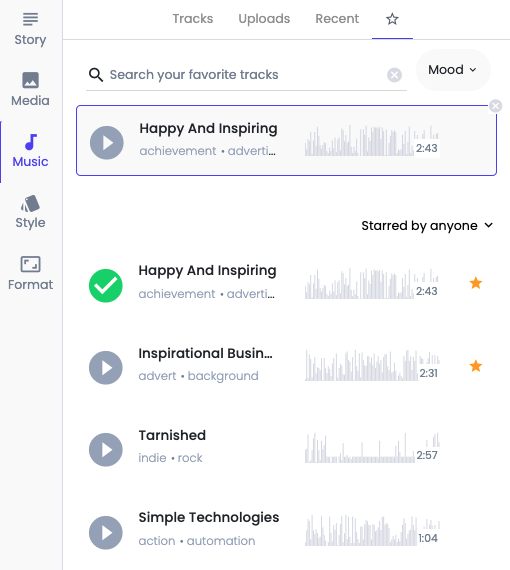 Questions? Reach out to our Support team!

Was this article helpful?