If you want to reach global audiences with the same message, that requires localization and translation. It can be a tedious process to recreate or copy a video and rewrite the original video’s entire message in the target language. Good news: Lumen5 will do that for you!Automatic translations are typically about 80% accurate, saving reviewers lots of editing and writing time. This feature is only be available on Enterprise accounts.💡 It’s important to note that even with automatic translations, every video will need to be proofread by someone that speaks the target language.You can translate your videos into the following languages:- English- French- Spanish- German- Italian- Portuguese- Russian- Chinese- Japanese- KoreanThese are the languages that videos can be translated into – but we can take a video that is already in any language and translate it to one of these languages, even if it’s a language not listed here (e.g. a video originally made in Farsi can be translated into Italian). We just can’t guarantee how good translations from unsupported languages will be!There are two ways to translate a video: either from the dashboard, or from the Share page. From the dashboard page, click on the 3 dot menu on the video that you'd like to translate, then just select the language you'd like to translate your video into: 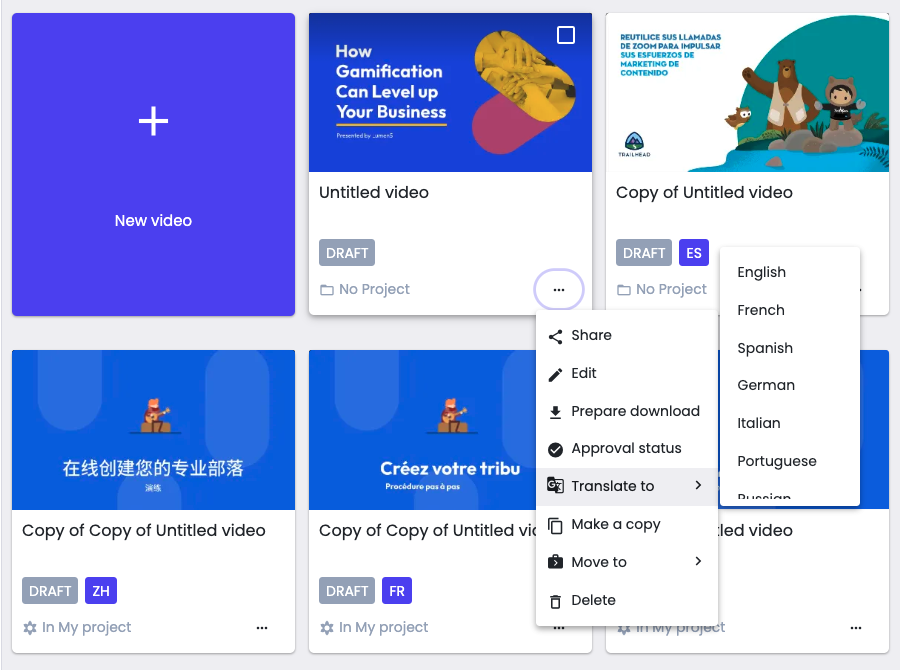 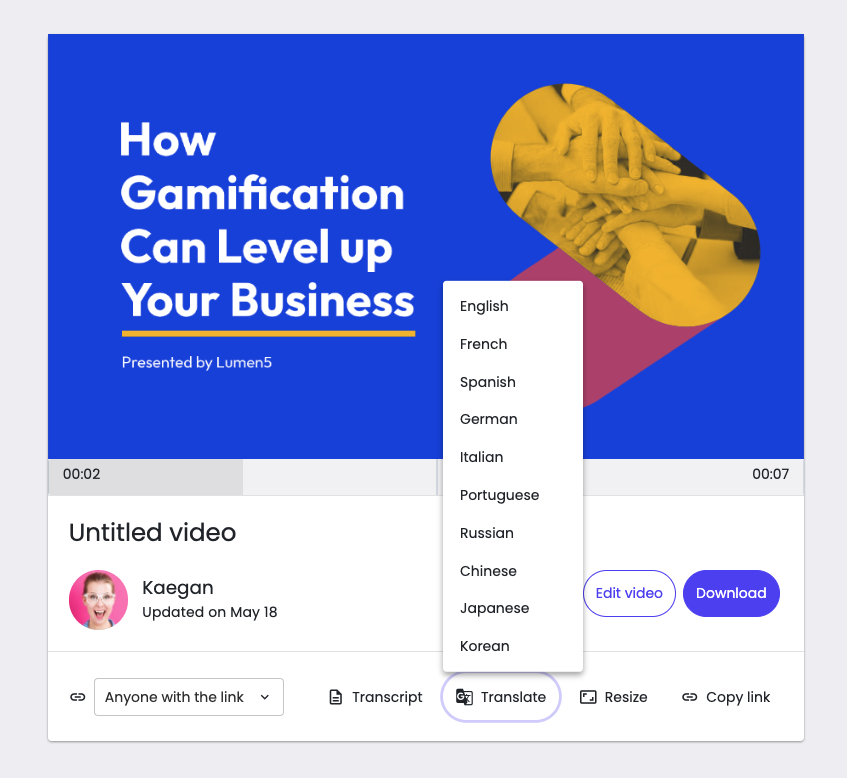 When a language is selected, a copy of the video is made and automatically translated. The original video’s text will appear in a comment on each scene so you can reference it and make any edits you need to:

A badge appears on a video tile to show that a video was automatically translated, and what the source language was. 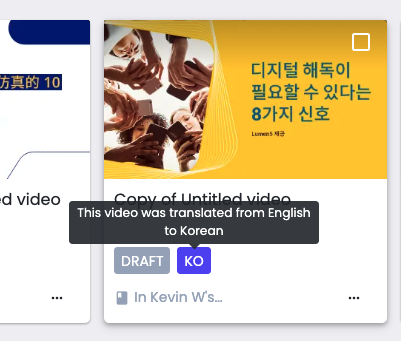 FAQHow accurate are the translations?Translations are typically about 80% accurate. For languages that have similar sentence structure and grammar (e.g. French and Spanish), translations will be more accurate. For languages that have significantly different structure and grammar (e.g. English and Japanese), translations may feel more awkward and require more editing.Can a translated video be re-translated?Yes! Keep in mind, though, that the more times a video is translated without being corrected on subsequent translations, the worse the next translation will be. For example, if an English video is translated to Russian, and the Russian video is then translated to Chinese without correcting the Russian, the Chinese translation will be much further away from the English original.Are there any other quirks with translation?Some languages have more characters on average than others for translated words. This means that text may need to be resized to accommodate longer words in the translated version.

Was this article helpful?